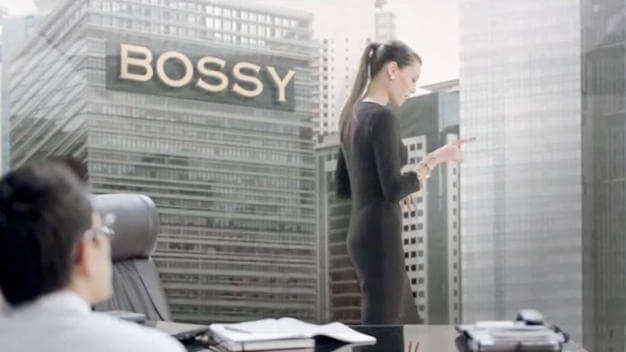 Last week was International Women’s Day and we held our annual conference where, as always we tackle some of the big and heavy hitting issues facing women in leadership.

In a perfect storm, my favourite topic of confidence has come to the forefront of the conversation as we saw new research released by CEW & Bain that:

‘51% said ‘confidence in my abilities’ could potentially hinder their ambitions over the next two years’ & this leads us to the double bind of confidence in the workplace. Too confident and she will be labelled a ‘bitch’ or ‘bossy’. Not confident enough, and she lacks ‘leadership presence’ or ‘authority’.

Why is it that we forgive certain behaviours in male bosses, but we are quick to judge female bosses for the same behaviours?

When strong male leaders or managers act decisively, raise their voice, or put their foot down, it is accepted as behaviour of a strong leader, even when it is irrational.

Strong female leaders meanwhile, are often interpreted as bossy, bitchy, hormonal, or emotional when they raise their voice or act decisively. Indeed, many of the words commonly used to describe women in power are unflattering and often have negative, catty connotations. And let’s get really honest about this right now…… we have all done it before and will all probably do it again.

A survey by Gallup asking respondents their preferred gender of manager showed that 40% of female employees preferred male management, compared to 27% preferring a male boss.

The history of the Western World has been dominated by masculine figures of authority. This has resulted in society being accustomed to strong men in leadership whose behaviour is accepted more than females.

Studies have found that CEOs are four times more likely than the average person to have psychopathic tendencies. This equates to approximately one in five CEOs having psychopathic traits.

Given the higher proportion of male CEOs to female CEOs, there is clearly a high number of psychopathic men promoted to leadership positions who have had their psychopathic behaviour condoned and accepted by their peers and colleagues their whole lives.

The idea that many people hold that they “would prefer to work for a male boss than a female boss” is only perpetuating often unfounded biases. Male bosses have the equal potential to females to be micro-managers and political, yet these are stereotypically traits perceived in female managers.

Unfortunately, these stereotypes are self-reinforcing. If you already have a stereotype in your head of a bad female boss, when you actually encounter a female boss with some bad traits it will reinforce this assumption. It may also force you to overlook any positive traits she has and place an overemphasis on her negative behaviour.

If we are aiming to achieve higher levels of female leadership, we need to overcome stereotypes and hold both women and men accountable to the same standards of behaviour. Popular Unconscious Bias training can start to shine a spotlight on these often unconscious thoughts and decisions but this is only the tip of a very big iceberg. Supporting the development of women to find their voice and challenge situations where they feel bias is in action can be a powerful way to start to spotlight and change what for many is deeply embedded human behaviour.

If you have not seen the Pantene Ad, that shines a light on this subject you can watch it here.

Kate Boorer is the Founder and CEO of Young Professional Women Australia, an organisation that accelerates the career progression and development of young female leaders working in Australian organisations.

Sign up to receive regular updates about our free networking events and webinars: https://goo.gl/PFbbxg And join our LinkedIn group here: https://lnkd.in/gEkgyEw