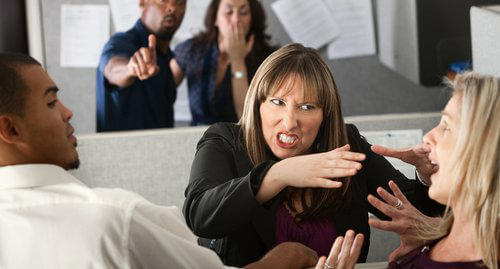 With statistics showing that one in three Australian women will experience domestic abuse at some point in their lives, domestic violence is clearly a major societal challenge no longer simply confined to the home. According to a report released by KPMG in 2015, “around 1.4 million Australian women are living or have lived in an abusive relationship, and 800,000 of those are in the paid workforce.” As the One In Three campaign points out, this is also a problem affecting men. According to the Australian Institute of Criminology, between 2010 and 2012 almost two in five homicide victims were from domestic homicide and of those almost three (in five) were committed by an intimate partner. Furthermore, domestic abuse extends beyond physical violence, it can also include emotional, sexual and financial abuse.

Employers have a critical role to play in confronting domestic violence. Raising awareness about domestic violence and driving cultural change for the organisation to be better equipped to recognise and deal with domestic violence is crucial. Studies by White Ribbon reveal domestic violence costs Australian businesses nearly half a billion dollars each year in lost profit and productivity with almost two thirds of women living in violent relationships being in paid work. Not only will these victims have their performance at work negatively influenced, but they will likely have a destabilising effect on others in the workplace.

Given the magnitude of abuse taking place, the link between domestic abuse and the workplace is undeniable. Any serious issues impacting employees will inevitably impact their performance at work, and consequently their employers. Not only that, many of these victims have developed trusted relationships with peers or bosses who may have the ability to provide a supportive environment and navigate them towards help. Given the links between domestic violence and workplace bullying organisations need to recognise the strong links between perpetrating workplace bullying and domestic abuse. As Gary & Ruth Numie point out in ‘The Bully-Free Workplace’, not only are victims on the payroll, but abusers are too.

Through condoning toxic workplace cultures that allow bullying, organisations may be unwittingly facilitating domestic abuse. When organisations fail to act in holding bullies to account, they are facilitating a culture of emotional abuse in the workplace.

While the reasons that victims may not leave their abusers are complex and varied, a primary reason that victims to stay in abusive relationships is financial dependence. The Domestic Violence Counts census conducted by the National Network to End Domestic Violence found in the United States, “the demand for financial empowerment services is a direct result of financial abuse, which occurs in 99% of domestic violence cases”. Therefore not only do support networks need to provide adequate services to allow victims to achieve financial independence, but ability to maintain performance at work is also critical.

Organisations have increasingly come to recognise the link between domestic violence and its impacts on the workplace. Indeed, many Australian businesses have now come to view domestic violence as a workplace issue and are implementing policies to support employees who are experiencing domestic violence. If victims feel supported by their colleagues, they may feel more empowered to deal with violence and instability in their personal lives. White Ribbon’s Workplace Accreditation Program independently assesses workplaces on how effectively they are taking steps to prevent and respond to violence against women. Accreditation as a white ribbon workplace shows “deep commitment to stopping violence against women in Australia”.

So which businesses are actively tackling domestic violence through workplace policies?

Telstra is considered a leader in the area, adopting policies in November 2014 including a new enterprise agreement that allows 10 days extra paid ‘domestic violence’ leave per year. This allows victims the time to deal with court dates, medical appointments, relocation demands and other potential associated time commitments. A key aspect of this policy is that no proof is required to qualify for domestic violence leave, considering the word of their employees as proof enough. In addition, managers are trained to be better equipped to provide support for their staff, such as the ability to direct them to appropriate support services and flexible work arrangements if needed.

Origin Energy took this principle even further, providing domestic violence leave that doesn’t reduce other leave entitlements and is uncapped, depending on individual circumstances..

Given the clear link between domestic violence and the workplace, businesses must continue to respond to issues of domestic abuse and how they manifest in the workplace through culture and bullying. Employers must also play an active role in raising awareness and supporting sufferers of violence if Australia is going to confront this serious societal challenge effectively.