Is there a choice anymore? 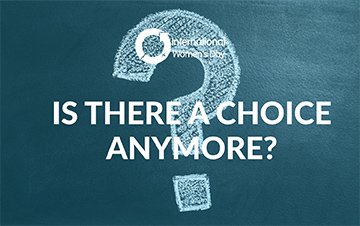 In 2021, we believe it is no longer an option to not challenge inappropriate behaviour. Whether it’s a gendered assumption, a dismissive remark or touching someone in a way that makes them uncomfortable – it’s time to challenge these behaviours. If we want workplaces that are respectful and inclusive, we have to create workplaces where it is safe to speak up and challenge.

What would you be prepared to call out if you felt there was no risk to speaking up?

● Leering, sexist jokes or touching that makes someone uncomfortable

● Eye-rolling and sarcasm regarding “political correctness”

● Sidelining or ignoring the contributions of certain people

Choose to Challenge – Time to ‘Get Loud’

When Grace Tame accepted her award as Australian of the year in January 2021, she gave an impassioned plea to ‘Get loud Australia!’. As she vividly recounted her own story as a survivor of sexual abuse and her campaign to have the right to speak up about her experience through her #LetHerSpeak campaign, she became the face of a new era in Australian consciousness.

This year’s International Women’s Day theme is Choose to Challenge, which prompted the question: is not challenging really a valid choice anymore? In the wake of the #metoo movement, recent Australian sex scandals revealed (think Dyson Heydon, Boe Pahari (AMP) & Pat Regan (QBE) and the damning statistics in the AHRC’s Respect@Work 2020 Report, it’s clear that sexual harassment and bullying in the workplace is much more prevalent than many would like to believe. In our coaching work with professional women we regularly hear alarming stories; situations where women have had to endure unwanted advances by people responsible for their career progression, crass comments and innuendo from peers and bosses and instances where senior people were unwilling to intervene and uphold the stated organisational code of conduct.

If it’s unsafe and risky will people challenge?

In the past, as either a victim or a bystander, it was generally a risky move to speak up, to challenge the status quo, question power dynamics, sexist comments or unwelcome advances. It felt unsafe and uncertain to call out inappropriate, demeaning and cruel behaviour – so we turned a blind eye, ignored the joke or changed the subject and did our best to avoid the worst perpetrators. We have all been there.

Not challenging is now a choice

Things have changed; there is now an expectation to create a safe work environment. Society’s expectations have shifted and we are at a tipping point, where not speaking up is a choice that has consequences. We will be held to account if we choose to not engage and challenge behaviour that is impacting others negatively. In 2021, with all we know, challenging poor behaviour is fast becoming the only option.

The paradox of challenging

Whether an individual feels they can or can’t challenge inappropriate behaviour at work is fundamentally linked to their environment and beliefs. The challenger has to be both conscious that certain behaviour is not appropriate and then feel safe and confident enough to call it out. However, paradoxically the only way to create a safe environment is to be willing to challenge the behaviours that make it unsafe. The people who have the most power in the system, senior leaders, are the culture carriers for making it safe. We’ve recently heard in two organisations, instances where young women have questioned bullying and sexist behaviour. In both cases, senior women advised them not to ruffle feathers, to accept ‘that’s just the way he is’ – every time this happens those leaders have made the workplace environment less safe.

Create the environment to challenge

The way in which you challenge, and how you’re being when you challenge is as important as what you say. When we are in judgement (self-righteous), the other person naturally becomes defensive or protective (their character is being questioned) – when we deliver a message that points out the behaviour with a neutral tone, it invites the person to question their approach and consider a different perspective.

So as we approach IWD 2021, it’s time to Get Loud Australia & #ChooseToChallenge!